The Music, The Magic, The Memories of Motown

Praise for To Be Loved

“This brought back memories long forgotten, memories of how I, and so many others like me, became stars. TO BE LOVED captures the spirit of those magical years when we were young and full of dreams and hope. We believed in him and he taught us to believe in ourselves. I’ve seen him during his best times—I’ve seen him during his worst times. For the first time he tells why and how it all happened. I know it’s all true because I was there from the beginning.”
—Smokey Robinson

“Berry Gordy, as a young black man in the inhospitable 1950s, set out to make music for all people, whatever their color or place of origin. TO BE LOVED is the very frank, sometimes hilarious, always fascinating account of how he made his impossible dream come true. Berry fills his story, as he fills his life, with an unforgettable case of characters-including the stars you may think you already know-that you won’t want to leave when the book is over.”
—Sidney Poiter

“An astounding story not only of a great artist but a great visionary who did it all-developed the talents of others, achieved wealth and fame, and most of all, changed American music forever.”
—David Geffen

If you love the music of Marvin Gaye, Diana Ross, Stevie Wonder, Michael Jackson, or Smokey Robinson, you will love Berry Gordy’s life story. Founder of Motown, Gordy was instrumental in launching the careers of these and many other popular musicians, singers and songwriters.

In this candid autobiography, Gordy gives an authentic personal account of his career–from the inception of his label, founded with $800 borrowed from his family, to the development of an entertainment empire sold to MCA for $61 million. Along the way, Gordy and his artists faced racism and both personal and professional challenges–and overcame them to leave an indelible mark on American popular culture.

To Be Loved is the inspiration for Motown The Musical, which opened on Broadway in April 2013.

Berry Gordy is the founder of Motown Records, the hit-making enterprise that nurtured the careers of Smokey Robinson, Diana Ross, Stevie Wonder, Marvin Gaye, The Temptations, Michael Jackson, and many other music greats. The “Motown Sound” reached out across a racially divided, politically and socially charged country to transform popular music.

Among the awards recognizing Gordy’s accomplishments are the Martin Luther King, Jr. Leadership Award, the Gordon Grand Fellow from Yale University, induction into the Rock and Roll Hall of Fame, a star on Hollywood’s Walk of Fame, the Rainbow Coalition’s Man of the Millennium Award, the Rhythm and Blues Foundation’s Lifetime Achievement Award, and the Grammy Salute To Industry Icon’s President’s Merit Award. In February 2011, President Barack Obama honored him with a Salute to Motown evening at the White House. In 2013 the Songwriter’s Hall of Fame awarded him their Pioneer Award, which honors the career of a historic creator of an extensive body of musical work that has been a major influence on generations of songwriters. 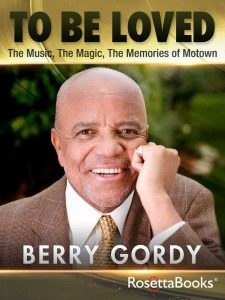