Mel Parker has worked in senior executive positions in virtually every aspect of book publishing, from hardcover and paperback publishing to direct marketing and book clubs.

Mel began his career in the mass market paperback publishing business. At the Berkley Publishing Group, now a division of Penguin USA, Mel began as a senior editor and executive editor and was promoted to Editor-in-Chief, playing a key role in helping build the company into a major paperback publisher featuring many continuing New York Times bestselling authors, including Robin Cook, W.E.B Griffin, and Dean Koontz. He also personally acquired a number of major bestsellers, most notably The Hunt for Red October by Tom Clancy, which set the stage for the author’s mega-bestselling career at Berkley and G.P Putnam’s Sons.

Mel then joined Warner Books, now the Hachette Book Group, as Senior Vice President and Publisher of its paperback division. During his more than eleven years as an executive at Warner, Mel ran a hundred million dollar division of the company while acquiring and editing his own hardcover list of bestselling fiction by authors such as Dean Koontz, David Morrell and Larry Bond, as well as hardcover bestsellers in a variety of nonfiction categories, from narrative nonfiction and biography to business books, health, inspiration and pop culture. Some notable nonfiction titles Mel acquired and edited were Selling the Invisible by Harry Beckwith, First You Have to Row a Little Boat: Reflections on Life and Living by Richard Bode, Sunday Nights at Seven: The Jack Benny Story by Jack Benny and Joan Benny, The Grateful Dead Family Album by Jerilyn Brandelius, and Waylon: An Autobiography by Waylon Jennings and Lenny Kaye.

After a long career in corporate life, Mel decided to go off on his own and launched Mel Parker Books, LLC, a full-service literary agency and book packaging firm.

Mel was chairman of the Executive Trade Committee of the Association of American Publishers, where he launched the book publishing industry group’s national Get Caught Reading Campaign, which secured millions of dollars of free print advertising to promote books and reading.

Mel has also lectured on publishing at the Stanford Publishing Course and at the University of Denver Publishing Institute. He is also a member of Book Table, and is on the Executive Committee of the UJA Publishing Division. His essay on paperback publishing appears in Editors on Editing (Grove Atlantic). 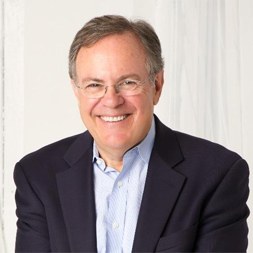